If you’ve had sex without a condom or a sexual experience where the condom broke, try not to panic.

Things happen, and you’re far from the only person to go through either of these experiences.

What you do need to remember, though, is that there are a few risks associated with these sexual events.

But there are plenty of steps you can take to address those risks so that you remain protected and sexually healthy. 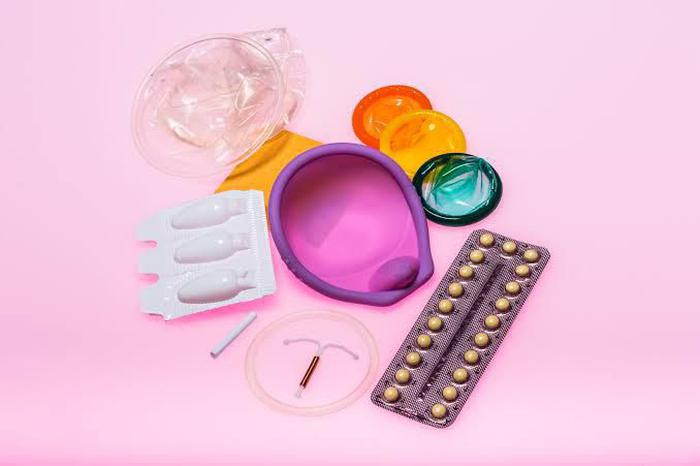 Immediately after
If you notice that the condom broke, stop any sexual activity and move away from your partner.

If you’ve had sex without a condom, remember that there are a few things you can do immediately to help.

Use the bathroom
First, head to the bathroom to remove lingering fluids from the vagina, penis, or anus.

This can make you feel more comfortable and help remove bacteria that could result in urinary tract infections (UTIs).

Just know that if you have a vulva and have had penis-in-vagina sex, peeing won’t remove the risk of pregnancy. That’s because sperm has already traveled toward the egg.

Don’t douche, but do wash up
It’s a myth that genital areas need a thorough cleanse after sexual activity.

This is because douching products can cause irritation and inflammation.

So if you want to wash, simply have a shower or use lukewarm water to splash the area.

Check in with yourself
Make sure you take time to ask yourself how you’re feeling.

It’s normal to experience a wide range of emotions after sex without a condom, whether that’s worry, anger, or sadness.

Try to speak to friends or family about the situation so that they can support you.

If you aren’t comfortable speaking to anyone you know, consider reaching out to Planned Parenthood or the National Coalition for Sexual Health for help.

Plan out your next steps
Once you’re feeling more comfortable, it’s a good idea to think about what to do next.

If you need emergency contraception (EC), have a look at where your nearest pharmacy is and its opening times. Some forms of EC are available are over-the-counter and don’t require a doctor’s prescription.

If you’re concerned that you may have been exposed to a sexually transmitted infection (STI) or HIV, book an appointment with a doctor or sexual health clinic.

Remember that you only need to have oral or penetrative sex with someone once to contract an STI.

Watch for symptoms
While some STIs can be symptomless, others may show up in the form of sores, itchiness, smelly discharge, or pain when urinating.

Keep an eye on your genitals, anus, and mouth area, and schedule an STI test if you notice anything unusual.

Within 3 days
Some forms of EC need to be taken within 72 hours of sex without a condom.

Similarly, it’s vital to take preventive medication for HIV within the same timeframe.

Get PEP from a healthcare professional
If you’re concerned that you could have contracted HIV, post-exposure prophylaxis (PEP) can reduce your risk of developing an infection.

Starting the treatment as soon as possible, ideally within a few hours of potential exposure, is vital to its success.

You’ll need to take it once or twice a day for at least 28 days and may not be effective for everyone.

When it does work, the combination of drugs —known as antiretroviral medications —stop HIV from replicating and spreading throughout the body.

Get Plan B or another levonorgestrel EC pill from your local pharmacy
EC pills work to prevent pregnancy by blocking biological processes like ovulation.

EC pills containing a synthetic hormone called levonorgestrel need to be taken within 72 hours of sex for maximum effectiveness.

This includes Plan B.

Luckily, these types of pills are available over the counter at pharmacies. They typically cost up to $50.

Talk with a healthcare professional about ella or ParaGard
Other types of EC exist to help prevent pregnancy.

These include ella, a pill that can be taken up to 5 days after sex, and ParaGard, an intrauterine device (IUD) that can be used as a long-term birth control method.

To access any of these options, you’ll need to visit a doctor.

Within 5 days
While over-the-counter forms of EC should be taken within 3 days of sex or condom breakage for the best chance of preventing pregnancy, prescription methods are safer to take within 5 days.

If you haven’t used EC yet, ella and ParaGard are just as effective until day 5
ParaGard is the most effective form of EC with only 1 in 1,000 people becoming pregnant after use.

It also works just as well on day 5 as it does on day 1, so you don’t have to worry so much about timing.

Of course, it will require a doctor’s appointment and a sometimes hefty fee.

But as the copper makes it difficult for sperm to reach an egg, it can be used as regular birth control for up to a decade.

Another option is ella.

It prevents or delays ovulation by blocking the hormone progesterone, and lowers pregnancy chances by 85 percent if taken within 5 days of sex.

Plan B and other levonorgestrel pills are less effective, but can still be used
If you’ve gone past the 72-hour window, you can still take a levonorgestrel EC pill, including Plan B, for another 2 days.

But, the longer you wait to take it, the less effective it is at reducing the chance of pregnancy.

2 weeks later
Unusual discharge and pain when urinating are common symptoms of both gonorrhea and chlamydia.

You should also look out for bleeding after sex and between periods.

Pain can also appear in the throatTrusted Source if gonorrhea results from oral sex, and in the stomach or testicles as a result of chlamydia.

However, some people may experience no symptoms at all.

So it’s important to get a test for both of these STIs 2 weeks after sex, as they can lead to more serious issues such as infertility.

Waiting around 14 days after potential exposure is considered to be the time that produces the most reliable resultsTrusted Source.

If you receive a positive result, know that both STIs are treatable with antibiotics and you should avoid having sex until the infection clears.

3 weeks later
If you’re concerned you might be pregnant, the first sign tends to be a missed period.

You’ll need to take a pregnancy test to find out for certain.

As pregnancy tests work by detecting a hormone called human chorionic gonadotropin (hCG). It can take a while for enough hCG to build up in your body, so you should wait to take a test until 3 weeks after sex.

If the test is positive, book an appointment with a healthcare professional to discuss your options.

When it comes to testing for genital herpes and HIV, know that there isn’t a cure for either of these infections.

You may notice genital herpes as blisters that leave open sores or as a burning or itching sensation.

HIV can resemble the flu. But after these short-term symptoms disappear, you may not notice anything else.

Waiting at least 3 weeks to be tested for HIV and genital herpes is necessary, as both have a slightly lengthy incubation period. This means you may receive a false negative if you get tested too soon.

Although the viruses will always remain in your body, there are treatments available.

6 weeks later
Syphilis is another STI that can be hard to spot —in fact, you may have no symptoms at all.

However, it’s important to get tested as it can cause long-term health problems in various parts of the body.

Signs of syphilis that may appear include:

small sores or growths in your genital area or mouth
blotchy rash on the palms of hands or soles of feet
fever
headaches
joint pain
The incubation period can be even longer than other infections, so wait around 6 weeks to be tested for a more reliable result.

If it’s positive, you’ll be given a course of antibiotics. Again, avoid any sexual activity until the infection has fully cleared.

3 months later
It’s always a good idea to test for any of the above STIs again a few months after sex without a condom or condom failure.

When it comes to syphilis, in particular, it’s advised to have retests after 3 and 6 months.

This will check for repeat infections and ensure that treatment has been successful, especially as syphilis has shown signs of antibiotic resistanceTrusted Source.

Things to consider for next time
Accidents happen and, in some cases, you may intentionally choose to have sex without a condom.

If you’re at all worried about the potential consequences, prepare yourself by considering the following.

This includes condoms, gloves, and dental dams for oral sex.

When using condoms, check that they aren’t expired and avoid opening the packaging with sharp objects to prevent accidental nicks or cuts on the surface.

Secondary contraception
While condoms will help protect against STIs, they can cause some issues if used as contraception.

If you want a more reliable method, think about using an additional form of birth control, whether it’s a pill or a more long-term method like an IUD.

Regular STI screening
Getting tested for STIs on a regular basis is vital for your sexual health. You can book a test with a healthcare professional or through a sexual health clinic.

It’s wise to get tested at least once a year. If you have multiple partners, consider upping thisTrusted Source to every 3 or 6 months.

Remember to be honest and open with your partners, too.

The bottom line
Whether you’ve knowingly had sex without a condom or experienced an accident with a condom, there are plenty of steps you can take to look after your sexual health and protect against pregnancy.

Keeping yourself protected on an ongoing basis is simple, too. All you need is a barrier method and reliable contraception.